Fluid intelligence is the ability to solve unfamiliar problems using logical reasoning. It requires the effortful control of attention to understand what the problem is and to work toward a logically sound answer. People with high fluid intelligence are able to figure out solutions to problems with very little instruction. Once they have found a good solution to a problem, they are able to see how it might apply to other similar problems. People with low fluid intelligence typically need hands-on, structured instruction to solve unfamiliar problems. Once they have mastered a certain skill or solution to a problem, they may have trouble seeing how it might apply in other situations. That is, their newfound knowledge does not generalize easily to other situations.

Crystallized intelligence is acquired knowledge. When people solve important problems for the first time, they typically remember how they did it. The second time the problem is encountered, the solution is retrieved from memory rather than recreated anew using fluid intelligence. However, much of what constitutes crystallized intelligence is not the memory of solutions we personally have generated but the acquisition of the cumulative wisdom of those who have gone before us. That is, we are the intellectual heirs of all of the savants and geniuses throughout history. What they achieved with fluid intelligence adds to our crystallized intelligence. This is why even an average engineer can design machines that would have astounded Galileo, or even Newton. It is why ordinary high school students can use algebra to solve problems that baffled the great Greek mathematicians (who, for lack of a place-holding zero, could multiply large numbers only very clumsily).

Crystallized intelligence, broadly speaking, consists of one’s understanding of the richness and complexity of one’s native language and the general knowledge that members of one’s culture consider important. Of all the broad abilities, crystallized intelligence is by far the best single predictor of academic and occupational success. A person with a rich vocabulary can communicate more clearly and precisely than a person with an impoverished vocabulary. A person with a nuanced understanding of language can understand and communicate complex and subtle ideas better than a person with only a rudimentary grasp of language. Each bit of knowledge can be considered a tool for solving new problems. Each fact learned enriches the interconnected network of associations in a person’s memory. Even seemingly useless knowledge often has hidden virtues. For example, few adults know who Gaius and Tiberius Gracchus were (Don’t feel bad if you do not!). However, people who know the story of how they tried and failed to reform the Roman Republic are probably able to understand local and national politics far better than equally bright people who do not. It is not the case that ignorance of the Gracchi brothers dooms anyone to folly. It is the case that a well-articulated story from history can serve as a template for understanding similar events in the present. 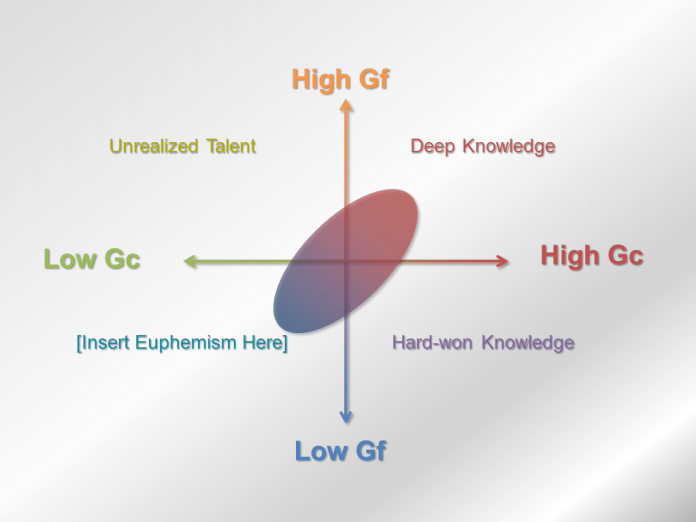 The pictures are previously unpublished (and not to be taken too seriously).